Cities are among the largest sources of greenhouse gas emissions which contribute to climate change, but they also are the ones the most impacted by it. Much depends on how they are planned, built and use energy to enable people to live, move and thrive. For many cities, local and regional governments, tackling climate change has become central and a driver of their municipal action. As a result, many have mobilized, including through their city networks, at multilateral level and have participated in the COP26 on climate change, Glasgow, UK (31 Oct. to 12 Nov. 2021).

The objective of the event organized by the Geneva Cities Hub, in partnership with the Geneva Environment Network, was to examine how cities had concretely translated their engagement on climate change during COP26 and whether they had managed to influence the intergovernmental negotiations that resulted in the Glasgow Climate Pact.

Local governments and municipal authorities (LGMA) are part of the 9 major groups of the environment and climate-related processes since 1995. However, they were not truly considered as partners up until the Paris Agreements recognized “the importance of the engagements of all levels of government […]  in addressing climate change”.[1]

Yunus Arikan stated that “COP26 was a remarkable achievement, because it opened a window for LGMA to squeeze in the Glasgow Climate Pact, which goes further than the Paris Agreements ”. The Glasgow Climate Pact’ preamble highlights “the urgent need for multilevel and cooperation action”, recognizes “the important role of non-Party stakeholders, including […] local and regional governments […] in contributing to progress toward the objective of the [UNFCC] and the goals of the Paris agreements” and includes several other references to the local and regional dimensions and impacts of climate change.

The participation of +400 LRGs to the COP26 and their active engagement through statements, side-events, various meetings and city-led initiatives, as well as numerous briefings and debates at the Multilevel Action Pavilion (coordinated by ICLEI), certainly contributed to this good result. C40 has also been a driver of city action before and during COP, demonstrating how cities are leading by delivering science-based actions in high impact sectors – such as buildings and transport – and therefore contributing to the 1.5°C ambition.

While the negotiated outcome of COP26 is central, Agathe Cavicchioli recalled that “Cities have a crucial role beyond the negotiation rooms and COPs provide opportunities for cities and partners to coalesce around shared goals”. Many city-led initiatives help implement the Paris Agreements, such as the Cities Race to Zero, where +1000 cities commit to halving emissions by 2030. Collectively, the potential for greenhouse gas emissions amounts to the 5th largest economy in the world!

Speaking on behalf of the COP26 host city which used its convening power to set a good tone for the intergovernmental negotiations and showcase its work in the areas of the environment and climate change, Angus Millar said: “the main lesson learnt from COP26 is that the strength of numbers matters. Cities speaking with a common voice have a real opportunity to assert their importance and fight for climate and social justice”. That is why during COP26, the city of Glasgow took advantage of the presence of numerous city leaders to develop partnerships and collaboration with other cities to deliver on the promises made by States.

All in all, cities clearly played an important role and were able to mobilize collectively to influence the negotiations and the COP26 outcome, more generally. This being said, more needs to be done to enhance the involvement of cities and LRGs in climate-related COPs. As stated by Luis Alfonso de Alba: “You can’t have a mayor being treated as an observer at the COP. Mayors often have major responsibilities in reducing emissions and adapting to climate change!”. Because COPs’ results are based on the lowest common denominator and abide by the rule of consensus, De Alba emphasized the need for LRGs to go beyond the COPs, develop their own plans and stimulate themselves through “positive competition”.

On the question of COPs more broadly, De Alba also called upon the need to build political consensus at the highest level possible. Climate change should not be dealt with from a technical point of view, given that addressing them require a fundamental change in the way we live, produce and consume. That is why COPs negotiations should involve all relevant stakeholders, from Heads of States down to various Ministries, civil society, the private sector, and obviously local and regional governments, which may all contribute to the 1.5°C target.

Looking ahead, LRGs will have to continue to engage in view of COP27 (7-18 Nov. 2022, Sharm El-Sheikh, Egypt), in particular by reinforcing the narrative around multilevel action and the fact that collaboration across all levels of government accelerates climate action. In particular, LRGs are called upon to bridge Nationally Determined Contributions (NDCs) with local and regional climate action plans, commitments and contributions. Further, they could even submit regionally and locally determined contributions including their commitments and achievements in reducing emissions. These would complement NDCs and stimulate positive competition among LRGs, but also among States and LRGs, which is what we need to meet the 1.5°C ambition!

[1] In addition, the decision of the Conference of Parties adopting the Paris agreement (Decision 1/CP.21, preamble §15 and operative paragraph 133) recognized cities and other subnational authorities as non-Party stakeholders to cooperate with in order to mobilize stronger and more ambitious climate action and welcomed their efforts to address and respond to climate change. 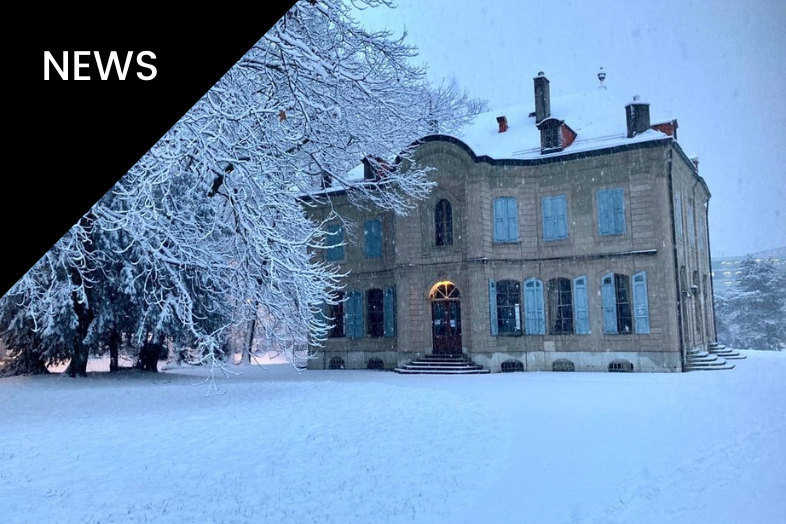 Prev PostGCH 2021 Annual Strategic Retreat
By entering this website, you agree that we use cookies in order to keep improving our service.
Accept All
Decline