Flyer in English or French.

The Geneva Cities Hub-GCH facilitates relations between urban actors from around the world and the Geneva-based international institutions including the United Nations family,  diplomatic missions, civil society organizations and academia.  The Geneva Cities Hub coordinates its activities with major city networks, through partnerships.

This event is supported by the Graduate Institute of International and Development Studies. It will be followed by a light cocktail.

The GCH is kindly supported by:

The Republic and State of Geneva

The City of Geneva

The Hub has been incubated by the GCSP and is currently based at the Villa Rigot.

Launch of the Geneva Cities Hub:  a new initiative to strengthen the presence of urban actors in the International Geneva

Mr. Sami Kanaan, Mayor of the City of Geneva, presented the Geneva Cities Hub, a new platform focusing on urban actors and issues. Created by the City of Geneva and the Canton of Geneva with the support of the Swiss Confederation, the Geneva Cities Hub will promote discussion and cooperation on urban issues within the International Geneva community and forge closer links between cities, city networks and Geneva-based actors.

In her opening remarks, Ms. Tatiana Valovaya, Director-General of the United Nations Office at Geneva (UNOG), underlined that “for the UN, the dialogue with urban communities and cities is crucial as they are playing an increasingly important role in all aspects of our lives and in global policy”. She reminded that local authorities and urban communities were the first responders to global crises such as the coronavirus pandemic and that they were critical to realize all SDGs. Ms. Valovaya emphasized that “modern multilateralism must be inclusive. New actors, including cities, have a key role to play. When we make decisions, we need to consult and communicate with cities”. She concluded that “in this sense the Geneva Cities Hub can contribute to modern, inclusive multilateralism. On behalf the UNOG we are prepared to collaborate closely”.

Mr. Kanaan welcomed UNOG’s support to the Geneva Cities Hub and added that “while cities do not draft laws, they are at the forefront of the problems of the population, including climate change, social issues, migration and now the pandemic. States play a crucial role but cannot solve these global problems alone. Local governments and their networks are crucial partners to identify the challenges and come up with innovative and concrete solutions anchored in local communities”. As examples, he referred to the international city-to-city solidarity support in favour of Beirut mobilized by the International Association of Francophone Mayors (AIMF) and by the Geneva-chaired UCLG Taskforce for territorial prevention and management of crisis.

On behalf of Switzerland, Ambassador Yannick Roulin expressed support for the new platform, which enriches the International Geneva ecosystem landscape with an urban dimension. “As a Government, we deem it crucial to better involve the perspective of cities in our work, because of their experience, their knowledge of the field and their capacity for implementation. Recognizing this is not to reduce the importance of States, but to ensure that our work is more effective and relevant”, he said.

In her video message, Ms. Souad Abderrahim, Mayor of the City of Tunis and Member of the AIMF Executive Bureau, highlighted how the crises of the 21st century – from climate change to now Covid 19 – have put mayors and local authorities on the front line. She stressed the importance of ensuring that international organizations provide support to associations of local authorities and hoped that the Geneva Cities Hub would help strengthen this cooperation.

A panel moderated by Mr. Kanaan followed. Ms. Isabel Mestres Mesa, Public Affairs Director at City Cancer Challenge, explained the rationale for the city-focus of the organization. Because cancer care is complex and relates to the whole health system, her organization chose a starting point at the city level. This enables City Cancer Challenge to leverage the innovation, agility and leadership needed to co-create long lasting solutions, which can then be scaled-up at national level and transferred to other cities. “This is why cities should be playing a stronger role in the global health dialogue”, she concluded.

Dr. Achim Wennmann, Executive Coordinator of the Geneva Peacebuilding Platform and Senior Researcher at the Graduate Institute, pointed to the relevance of the Geneva Cities Hub as a new initiative taking into account cities as actors, but also cities as spaces where things – such as wars, disasters and protests – happen and are managed by city administrations and other urban actors.

Finally, Ms. Paola Deda, Director of Forest, Land and Housing Division at the United Nations Economic Commission for Europe (UNECE), stressed the importance of a better linkage between decisions and guidance developed by Governments at the international level and the implementation by local governments at the operational level. She underlined the role of mayors, as those who have their hands on and get the pulse of the people. Their voices are not alternative but complementary to those of central governments.

The audience that took part in the debate welcomed the creation of the Geneva Cities Hub, which they perceived as a useful addition to the International Geneva. Several participants referred to the next major event involving cities in Geneva: the UNECE Mayors Forum on 6 October 2020. The Forum will be preceded by a SDG11 Day In Focus: “Supporting city actions for a resilient future” featuring the participation of city networks. 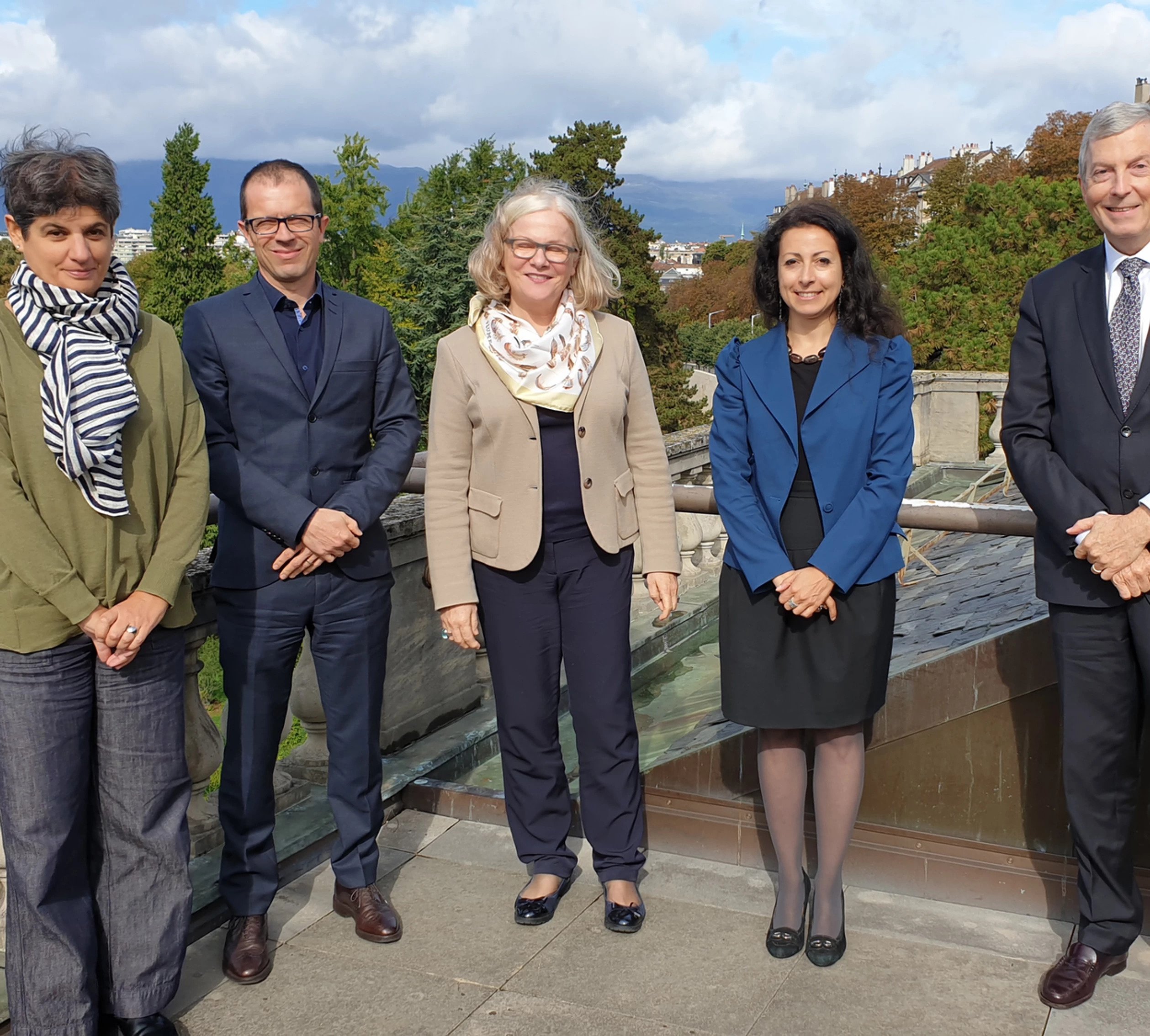 Next PostTHE UNION OF SWISS CITIES, THE CITY OF GENEVA AND THE GENEVA CITIES HUB DISCUSS URBAN INTERNATIONAL RELATIONS
By entering this website, you agree that we use cookies in order to keep improving our service.
Accept All
Decline