Co-organized by UNECE, UN-Habitat and the Geneva Cities Hub, the event “In Focus SDG11” took place on 6 October 2021 with a focus on “Housing & sustainable urban development in a world marked by Covid-19 and climate change”.

The SDG11 event seeks to foster cooperation between various stakeholders and promote the effective implementation of SDG11 and other relevant urban-related Sustainable Development Goals (SDGs). For that purpose, the event gathered more than 75 participants from cities, city networks, States, UN entities, international organizations, civil society and academic institutions ahead of the UNECE Ministerial Meeting on Urban Development, Housing and Land Management.

While the pandemic and climate change have adversely impacted people’s lives at all levels, these global challenges constitute opportunities to be seized. There was great energy during the meeting to affirm that one should not get back to the pre-pandemic situation and that it was necessary to redefine urban living with a positive narrative, to rethink cities and reinvest in them, to ensure a just, sustainable and green recovery that creates value for the communities.

To support that, the UN Secretary General recently spoke in favour of a renewed social contract between Governments and their people. He acknowledged the fact that such social contract also originates at the subnational level. Thus, the importance to include cities and local and regional government in international debates addressing global challenges such as the pandemic and climate change.

One of the key features of the event was to foster dialogue and partnerships. Emphasis was put on the co-creation, co-development of solutions and co-implementation at the local level of global agendas such as the SDGs.

Innovative tools and approaches to achieve the SDGs at local level were shared. For instance, the city of Trondheim in Norway cooperates with UN entities on SDGs implementation across 17 municipalities. It set the ground for a networked approach to measure cities’ progress towards SDGs using the Key Performance Indicators for Smart Sustainable Cities. Currently, Trondheim is working to connect the outcomes of the KPI evaluations with policy-making and innovative sources of funding for sustainable infrastructure and services. Similarly, the Council of European Municipalities and Regions referred to the Reference Framework for Sustainable Cities as a tool that supports planning for integrated and sustainable urban development at the local level. Further, it was recalled that SDGs are not only a compliance framework, but that they are actually part of the solution to recover from the pandemic. Bearing that in mind, the OECD is developing High-level Principles for city-to-city partnerships to promote the localisation of the SDGs through partnerships between cities.

In relation to housing affordability, adequacy and resilience, participants underlined the challenges of the financialization of housing in cities and the resulting rising rents, the phenomenon of “renovictions” (evictions due to renovation), the rising costs of construction materials and the inability of cities to build new housing and maintain the current ones. Echoing what was expressed at the UNECE Ministerial Meeting on Urban Development, Housing and Land Management, the role of States and municipal authorities and their regulatory functions to preserve the public interest and uphold human rights were very much emphasized. Reference was made to the city of Vienna in Austria and its bold social housing programmes which explain that the capital often tops the charts of quality of life. Supporting affordable and quality housing is precisely the objective of the UNECE Regional Action Plan 2030 endorsed at the UNECE Ministerial meeting. It is also the goal of specific housing funds and loans provided by the European Investment Bank, of the establishment of solidarity funds to help people pay their rents or of the principle of “housing cost neutrality” which remains to be enforced.

On climate change, it was underlined that while technological innovation certainly contributes to fight climate change, innovation is mainly needed is in the area of governance. Here again, specific initiatives were referred to, such as the ICLEI just sustainable cities principles which will be launched at the upcoming COP26, the development of a local green deal in the city of Mannheim in Germany, or the implementation of the EU renovation wave strategy to green the buildings, as referred to by the Mayor of Braga in Portugal. These all constitute great sources of inspiration for other cities engaged on the road to sustainability.

Finally, UN agencies and other organizations referred to their work to help cities be more resilient, more inclusive and socially cohesive, more healthy and more sustainable, including through the smart use of information and communication technologies. UN entities are strong partners of cities in their endeavour to reach the SDGs and to improve the daily life of their populations.

Overall, the SDG11 event enabled to learn about successful and promising initiatives supporting the implementation of SDG11, and all SDGs more generally, given their interrelatedness. Particularly interesting was the work undertaken at local level to translate global agendas into concrete changes and tangible progress for urban dwellers. All initiatives and tools shared during the event will hopefully help other cities design their own path towards sustainable urban development and also enrich debates of the 82nd session of the UNECE Committee on urban development, housing and land management. 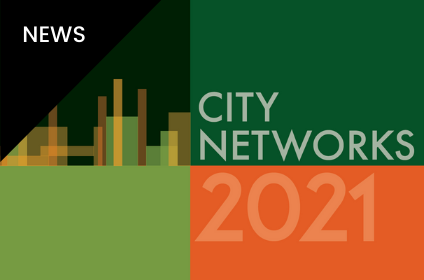 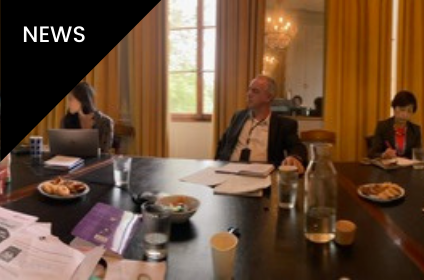 Next PostInformal Retreat with the 5 UN Regional Commissions and UN-Habitat
By entering this website, you agree that we use cookies in order to keep improving our service.
Accept All
Manage consent