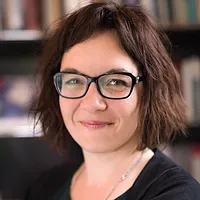 Kamelia, holding an MBA, has in-depth experience in executive administration of non-profit organisations. She is also a lawyer, specialized in Swiss law relevant to international organisations and international public law, including expertise on the United Nations intergovernmental bodies.

She has also a direct experience of intergovernmental multilateral negotiation and diplomacy.

Before joining the Geneva Cities Hub, Kamelia was namely Executive Manager at the Geneva Academy. Before this she worked as Special Assistant to the President of the UN Human Rights Council for three years. She was also a Visiting Programme Director at Wilton Park. Previously to that, she also worked at the Swiss Ministry of Foreign Affairs and the Permanent Mission of Switzerland to the UN Office at Geneva. In 2002, she was part of the Office of the UN High Commissioner for Human Rights in New York.

Before moving to the public sector, Kamelia worked for two years in the private sector in a Geneva-based private bank as a compliance officer. 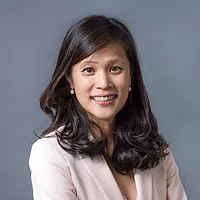 Before joining the Geneva Cities Hub, Anh Thu has worked 15 years at the Swiss Federal Department of Foreign Affairs (FDFA), where she contributed to the multilateral engagement of Switzerland with the United Nations and other International Organizations.

She has extensive diplomatic multilateral expertise and robust negotiation skills in human rights and humanitarian affairs. During her tenure at the Swiss FDFA, she was seconded to the Office of the United Nations High Commissioner for Human Rights and to the Presidency of the Human Rights Council. 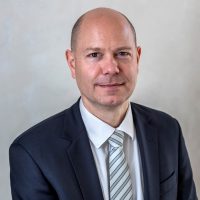 András joined the Geneva Cities Hub after 20 years of distinguished diplomatic career. He worked in different capacities in Brussels, covering EU affairs, Washington D.C. dealing with bilateral relations and in Geneva, working with the United Nations and other International Organizations. He has ﬁrst-hand experience of negotiating in the European Union and the UN system as well as conceptualizing and implementing diplomatic initiatives on a wide variety of issues.

With a deep knowledge of international relations, he always focuses on new global developments and emerging challenges. He has a broad understanding of the engagement of non-state actors on multi-stakeholder platforms. He has been particularly interested in the increasing influence of non-state actors on the development of international relations since his Ph.D. research. 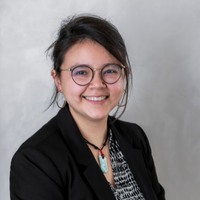 Holding a Master degree in Journalism and Communication from the University of Geneva, Pauline gained first work experience in International Organizations in Geneva at the United Nations Office at Geneva and the World Health Organization. She also worked at the Republic and State of Geneva, where she served as Communications and Administration Assistant for the Office of International Geneva.

Pauline also worked in the private sector in a Swiss German based merchandising company as Sales Support and Customer Service Manager.

As Communication Officer at the Geneva Cities Hub, she keeps the website updated, animates the social media and supports the team with online events and the visual identity.