The Geneva Cities Hub organized a briefing on the last session of the UN Human Rights Council (13 September – 7 October) focusing on the newly adopted resolution “Local government and human rights”. This resolution is unique in the whole UN system and paves the way for enhanced participation of local and regional governments in the UN human rights system.

On 17 October 2022, GCH organized a briefing on the UN Human Rights Council (HRC) and its human rights mechanisms. Mr. Eric Tistounet, Chief, HRC Branch, Office of the High Commissioner for Human Rights, and Ms. Gyoung Min Yong, 2nd Secretary, Mission of the Republic of Korea, eloquently explained the goals and objectives of the different human rights mechanisms, notably the work at the HRC and the Universal Periodic Review and how these could be relevant for local and regional governments (LRGs). Representatives of cities, States and NGOs took part in the event.

Mr. Tistounet gave an overview of some of the most important human rights mechanisms. He explained that the HRC adopts numerous resolutions during each session, including resolutions of relevance for LRGs in many areas:  education, good governance, water and sanitation, housing, inclusion, gender, climate and the environment, digitalisation. These resolutions provide standards and action plans for the UN system and States.

He briefed participants about the Universal Periodic Review, a State-driven process that reviews the human rights records of all UN Member States. He emphasized the importance of the national preparation process and the follow-up it generates on the ground. Given that a lot of human rights are protected and fulfilled at local level, notably through public services provided by LRGs, the GCH supports their participation in UPR, both at the national and international levels.

Ms. Yong explained in detail how the HRC – the main UN inter-governmental body responsible for the promotion and protection of all human rights – adopted several resolutions relevant to local and regional governments at its 51st session in Geneva. The resolution “Local Government and human rights” introduced by the Republic of Korea, Egypt, Romania and Chile, is the unique resolution in the entire UN system dedicated to the subject of local government and human rights. This year, capacity building of local governments was the main focus of the resolution. It provides the Office of the High Commissioner on Human Rights the mandate to work with others, including UN-Habitat, to strengthen the capacities of local governments, so that these may eventually better protect and fulfill human rights at local level. Other HRC resolutions adopted during this session can be consulted here.

HRC resolutions are documents reflecting the resolve or common will of the international community on a particular issue. Although they are not legally binding for Member States, resolutions have considerable political force. States are thus expected to comply with them, and failure to do so can have an impact of their international standing. HRC resolutions are however binding for the UN system and UN entities such as the United Nations Secretary-General or Office of the High -Commissioner for Human Rights have to comply with decisions taken therein.

During the HRC 51st session, the GCH has promoted language referring to LRGs’ role in the promotion and protection of human rights in various HRC resolutions. “The objective is that Member States, UN entities and civil society gradually take into consideration the role, priorities and interests of LRGs in international human rights diplomacy” clarified Kamelia Kemileva, Co-Director of the GCH. The resolution “Local government and human rights” might pave the way in the longer term for LRGs to participate in the work of the HRC, and in particular in the Universal Periodic Review.

Prev PostTime left to reach SDG11 by 2030 is short 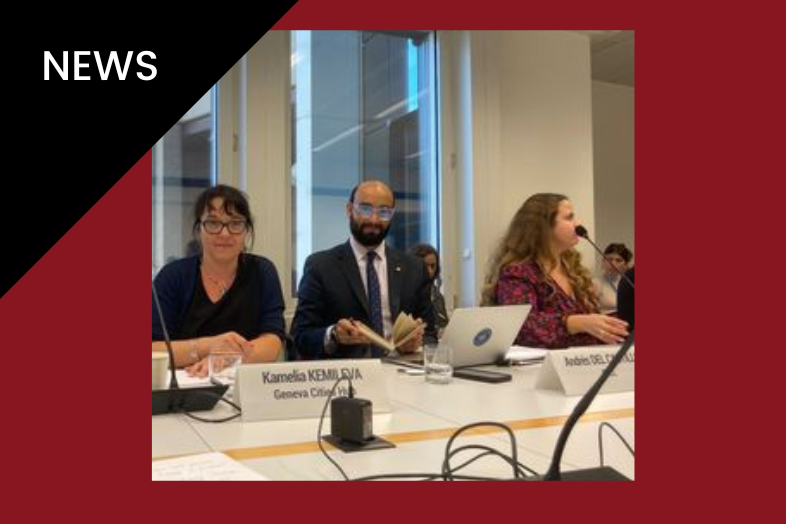 Next PostInvolve cities in the negotiations on plastic pollution!
By entering this website, you agree that we use cookies in order to keep improving our service.
Accept All
Decline