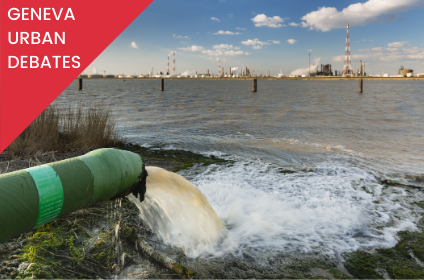 WATER & SANITATION IN THE CITY: GOOD & BAD EXPERIENCES, WHAT ARE THE LESSONS?

Geneva
The GCH and UN Habitat co-organize, in collaboration with the Geneva Water Hub, the first of a series of ‘Geneva Urban Debates’ (GUDs), which highlights the role of cities in relation to issues that lie at the heart of the International Geneva ecosystem. This first GUD celebrates World Water Day and puts at the centre of the debate urban and municipality voices, as well as UN agencies and NGOs working in urban contexts on water and sanitation. The event is supported by the City of Geneva, the Canton of Geneva (founders of the Geneva Cities Hub) and the Swiss Confederation.
Event formats: