Online and Villa Rigot
Geneva Urban Debates
Add to Calendar 2022-01-24 03:00 pm 2022-01-24 04:45 pm Europe/Vaduz The Plastics wrap-trap: what about cities in inter-states negotiations? On 24 January 2022, the Geneva Cities Hub, the Geneva Environment Network, and the UN-Habitat Geneva Office, with the support of Norway, convened the first Geneva Urban Debate of 2022 with the purpose of promoting the voice of local and regional governments (LRGs) in the UN Environment Assembly (UNEA) proceedings relating to plastics. UNEA is … Online and Villa Rigot
Share
Report
HomeGeneva Urban DebatesThe Plastics wrap-trap: what about cities in inter-states negotiations?

On 24 January 2022, the Geneva Cities Hub, the Geneva Environment Network, and the UN-Habitat Geneva Office, with the support of Norway, convened the first Geneva Urban Debate of 2022 with the purpose of promoting the voice of local and regional governments (LRGs) in the UN Environment Assembly (UNEA) proceedings relating to plastics.

UNEA is the world’s highest-level decision-making body on the environment which enjoys universal membership of all UN member States. It periodically meets in Nairobi and adopts resolutions addressing critical environmental challenges facing the world today, including plastic pollution 1.

The resumed 5th session of UNEA (28 February – 2 March 2022) will constitute a not-to-be-missed opportunity to include LRGs in the intergovernmental debates. During this upcoming session, UNEA will discuss the elaboration of a new international treaty dealing with marine litter and plastic pollution, including the full lifecycle of plastic.

While the existing UNEA resolutions mention the need for action at all levels, including the local level, against plastic litter (see OP1 and OP2 of UNEP/EA.4/Res.6, or see OP1 of UNEP/EA.7/Res.7) and urge States to engage local authorities in the sound management of solid waste, that is not enough. More needs to be done to include concrete and action-oriented language in relation to the political and operational role of LRGs in preventing and managing plastic pollution.

Involving local and regional authorities during the upcoming negotiations at UNEA

The consumption of plastics represents a significant challenge for LRGs worldwide. As the closest level of government to the people, Mayors and other sub-national authorities are on the frontlines of the fight against plastic pollution. They often carry the burden of high plastic consumption, as they are responsible for municipal solid waste management. “Cities all over sub-Saharan Africa are overburdened by the incapacity to manage all the waste that is generated, usually outside their territories”, said Dr. Godffrey Nato, Minister of Environment of Mombasa County in Kenya, also quoted by Geneva Solutions. This being said, LRGs are also the ones that can engage more easily with individuals and businesses at local level to induce genuine behavioral change and operationalize the solutions through policy intervention and infrastructure investments.

Various messages should therefore be conveyed during these negotiations, including the need for LRGs to meaningfully participate, as well as share challenges and good practices in the field of marine litter and plastic pollution. “States need to hear about good examples and good practices on local and regional level, this is very helpful for the decision-making”, noted Ambassador Tine Mørch Smith, Permanent Representative of Norway to the United Nations Office in Geneva.

UNEA as an intergovernmental body does not traditionally allow for direct LRGs participation. So the question raised during the Geneva Urban Debate was: how can LRGs participate in UNEA and with which status?

The hybrid event was held at the Villa Rigot

One way is to go through the LRGs’ “lobby” which is accredited as a Major group with UNEA. Two international city networks coordinate the Local Authority Major Group on plastic pollution related issues. “ICLEI and UCLG, as focal points for local and regional governments Major Group to UNEP, are following the preparations and deliberations to UNEA5.2 and Stockholm+50 very closely”, noted Mr. Jean-Baptiste Buffet from UCLG, during the preparation of the Geneva Urban Debate.

Another way (more difficult, though) would be to persuade negotiating States about the added value that LRGs participation could bring. Indeed, involving LRGs in the negotiations, for instance by including them in national delegations or by providing them with a specific observer status, could contribute to anchoring the discussions in the reality, given the practical experience of LRGs in relation to plastic pollution.

Regardless of the chosen path, the Geneva Cities Hub, based on the discussions during the event, will elaborate specific language for the draft UNEA resolutions on plastic in relation to LRGs’ participation and role in preventing and managing plastic pollution. GCH will also work to rally support from some States, so that the language may find its way in the negotiations. “We will promote specific language proposals on LRGs on our website and continue to speak in favour of the participation of LRGs during the forthcoming UNEA session”, said Ms. Kamelia Kemileva, Co-Director of the Geneva Cities Hub.

In order to better understand the role and action of LRGs in relation to plastic pollution and which specific language might better reflect that, UN-Habitat and the Geneva Cities Hub had initiated a short survey for selected LRGs, prior to the Geneva Urban Debate. LRGs were asked about which specific issues needed to be addressed, from their municipal point of view, by an international agreement on marine litter and plastic pollution. The survey also asked how high they rank the waste related SDGs (SDG 11.6, 12.4, 12.5 and 14.1) in their municipal planning.

The results of the survey were presented together with city-level waste data through SDG indicator 11.6.1 monitoring by Ms. Nao Takeuchi, a waste management expert at UN-Habitat. She emphasized the importance of data for evidence-based decision making and effective intervention, highlighting the huge demand for increased investments in municipal solid waste management especially in low to middle income cities. She also showcased the findings of survey where wider expectation from LRGs for national government to implement stronger Extended Producer Responsibility system is observed. Increased participation of private sector to burden the cost of managing plastics in all stages of lifecycle and controls on plastic production and unnecessary packaging is another issue LRGs had high interests. Almost 50% of respondents ranked SDG 11.6.1 on municipal solid waste and 12.5 on recycling high priority.

Finally, the forthcoming UNEA negotiations will also provide an opportunity to exchange knowledge and learn about services – such as the Waste Wise Cities programme by UN Habitat – provided by international organizations to help States and LRGs better manage plastic and other kinds of waste and reach the Sustainable Development Goals (SDGs) 11 (Sustainable Cities and Communities) and 12 (Responsible Production and Consumption).

The Geneva Cities Hub and its partners will continue to monitor and contribute to the UNEA drafts as they evolve during the negotiation and the implementation of the resolutions’ outcome.

2 As of now, the UNEA5.2 Cities Summit issues that have been confirmed are the following: 23rd February morning: Nature-based Solutions to fight extreme heat and limit further global warming (120 minutes); 23rd February afternoon: Urban and peri-urban gardens in support of sustainable and resilient food systems (120 minutes); 1st March: High-level segment looking into how to scale up solutions to harness the power of nature in cities (90 minutes).

At the end of 1970s, when Christo, a famous artist, tried to wrap the Pont-Neuf in Paris in polyamide, the then Mayor of Paris Jacques Chirac first rejected the project. Mainly because he thought Parisians would not appreciate the artwork. Not because he thought the use of so much plastic would elicit environmental concerns.

Decades later, the use and misuse of plastic have become a significant burden for authorities. As such, plastic pollution is being debated at all levels by States, regional and local authorities, businesses, closely followed a large group of civil society organizations. This topic has also been on the radar of several international organizations, such as the UN Human Settlements Programme (UN-Habitat), the World Trade Organization (WTO) or the UN Environment Programme (UNEP), with a system-wide coordination mechanism being put in place by the United Nations.

The United Nations Environment Assembly (UNEA), the world’s highest-level decision-making body on the environment, which enjoys universal membership by all UN member States, is taking the lead in establishing the mandate on a global plastics agreement at its next session in Spring 2022.

But what is the status of local and regional governments (LRGs) within UNEA? Could it be enhanced? If so, how? And for what purpose? Do municipalities share knowledge and experience about the prevention and reduction of plastic pollution?

The Geneva Cities Hub, with UN-Habitat, Norway, the Geneva Environment Network and partners, welcomes all stakeholders to an informal event to discuss concrete ways and means to better include LRGs in plastic pollution-related negotiations.

We welcome all relevant stakeholders to discuss concrete ways and means to better include LRGs in plastic pollution-related negotiations. 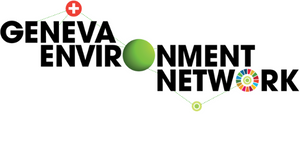 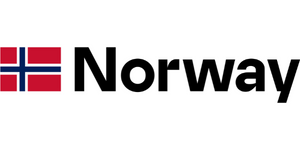 Video of the event

Flyer
By entering this website, you agree that we use cookies in order to keep improving our service.
Accept All
Decline

SAVE & ACCEPT
Claim listing: The Plastics wrap-trap: what about cities in inter-states negotiations?